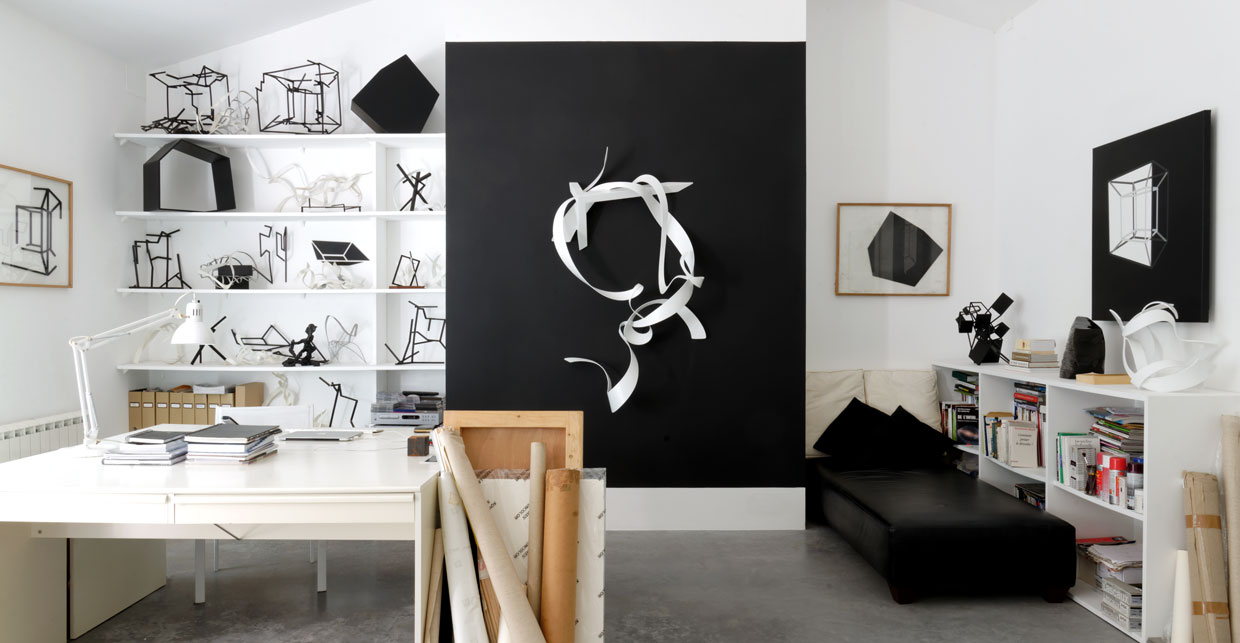 The artist
and the workshop

Benoit Lemercier apprehends the mysteries of the universe by building a visual representation of the reality that is not perceptible to our five senses.

In 1981, at the age of 16, he created his first conceptual drawing entitled “Periodic Classification of the Elements”. This work, made with Chinese ink on paper, reproduces the table of the scientist Mendeleiv, ordering the chemical elements in increasing atomic mass.

Since 1995, continuing his journey into the heart of the matter, he divided his work into series.

Each series is inspired by a specific issue:

. For the infinitely large: the series Hypercube represents the fourth dimension, and is composed of geometric and angular black sculptures leading perspectives to infinity.

. For the infinitely smal: the series Superstrings is based on the quantum theory and, through interlace of white ribbons, features the infinitesimal vibrations of the smallest constituents of matter.

. For the impalpable: the series Dark Matter offers a poetic vision of this hidden and undetectable cosmic matter.

. For the color: the series Light represents a dreamlike interpretation of the moving waves and particles.

In 2001, Benoit Lemercier created an art movement called « Mathematism ».
Its aim is to highlight the predominance of mathematics in the functioning of the universe.

In 2004, he built a metalwork shop in the Gers region, in order to work out his steel sculptures.

Born in 1965, Benoit Lemercier lives and works both in Paris and in Eauze. 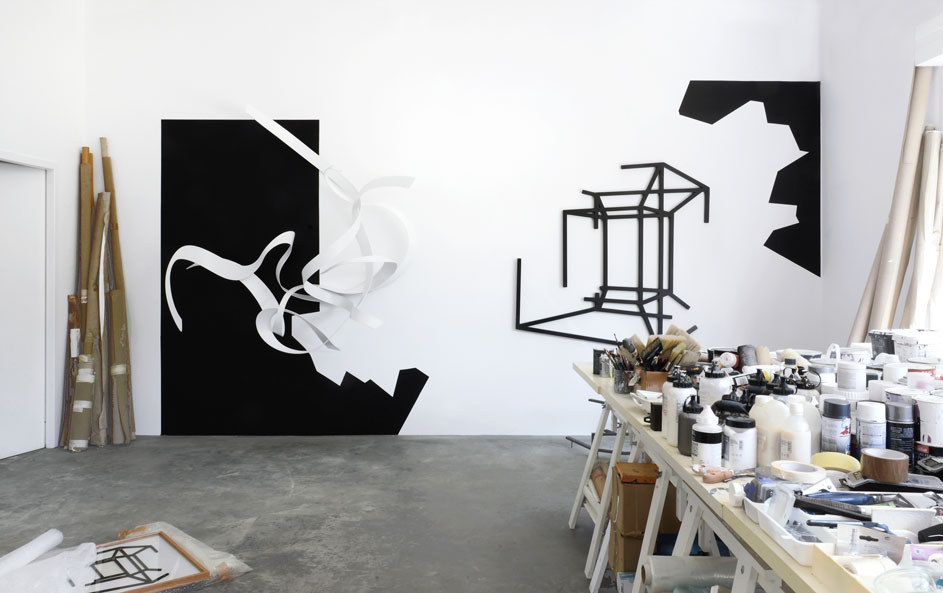 Benoit Lemercier’s works are present in the collections of French National Fund for Contemporary Art (Ministry of Culture) and in large private collections in Frances (Collection Société Générale, Collection Ar’Milin, Collection Bouvet-Labubay…), in Switzerland, Luxembourg, Belgium, Germany, Greece, Great Britain, Russia and in the US. 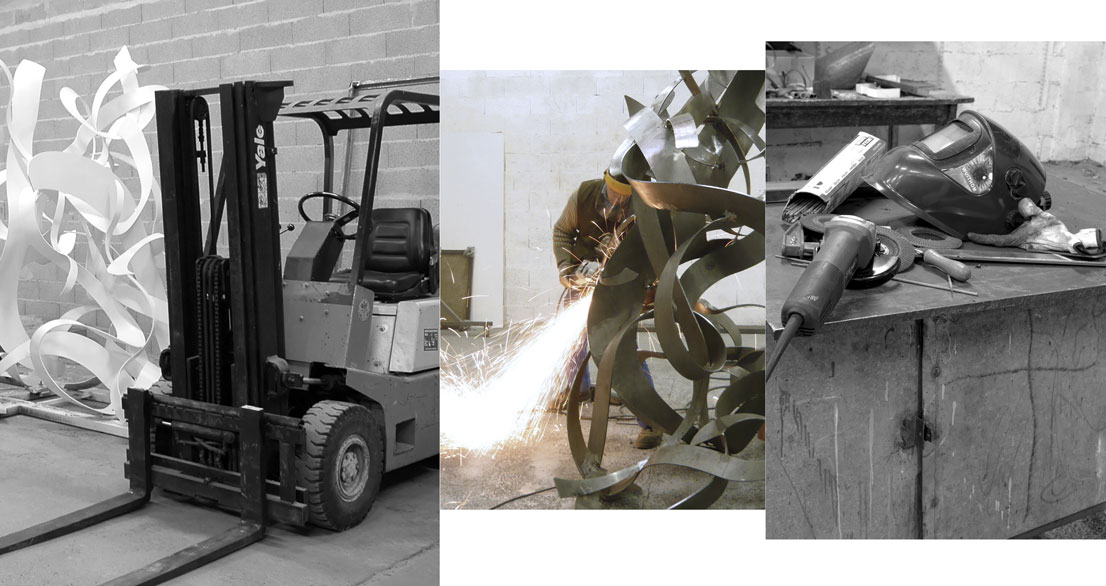 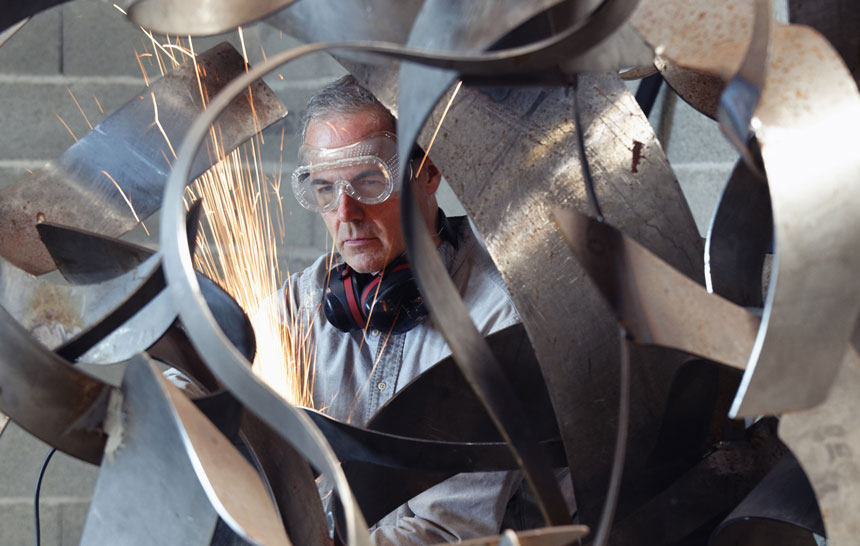 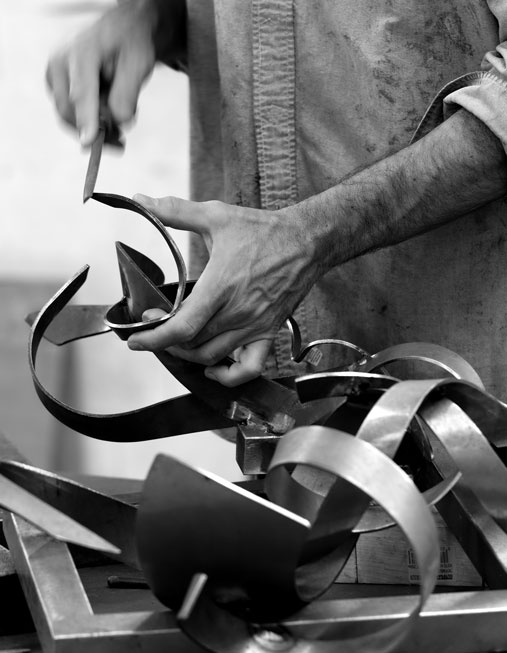